KUALA LUMPUR: The aggressive inflow of capital expenditure (Capex) into the development of marginal oil and gas (O&G) fields or enhanced oil recovery projects by Malaysian O&G players, is set to continue in 2012.
Over the past 12 months, national O&G entity, Petronas Bhd, has been busy boosting production not only to catch up with the previous year’s higher output, but also achieve this more efficiently, said OSK Research.
The firm added that the national oil corporation’s total O&G production had dropped to 2.1m boe/day in financial year 2011 from 2.3m boe/day previously, “Hence, Petronas together with its production sharing contract (PSC) parties, has been progressively pouring Capex into the development of marginal O&G fields or enhanced oil recovery (EOR) projects.
“Both types of projects are expected to help it meet its higher O&G output objective in the shortest possible time and also at a lower production cost vis-a-vis the greenfields or more sophisticated fields,” OSK Research said.
The research firm also predicts that more marginal oilfields will be awarded in 2012.
In 2011, Petronas awarded two clusters of marginal O&G fields, namely the Berantai cluster to Kencana and SapuraCrest, and the Balai cluster to Dialog Bhd.
These fields are fast-track projects that are expected to commence O&G production in one or two years, against the more sophisticated deepwater fields, which may take between three-five years to kickstart.
“Going forward, there are numerous new development opportunities, since Petronas intends to develop about 25 per cent of the 100 remaining marginal O&G fields identified,” OSK Research said.
It added that given the exposure and experience, it will not be surprising if once again, Kencana, SapuraCrest and Dialog, are awarded the projects.
Also, next year, the focus on enhanced oil recovery (EOR) projects are slated to continue.
This is because the additional Capex needed to extract the remaining O&G is far less than that for a greenfield.
Recently, Petronas and Shell signed a Heads of Agreement for two 30-year production sharing contracts, involving EOR projects offshore Sabah and Sarawak.
OSK Research said the future growth of the sector is more likely to be via mergers and acquisitions.
“We think that growth through acquisitions or mergers is more likely compared to organic growth, as the O&G industry is becoming more dynamic.
“Companies are required to provide a complete range of services as well as deliver them reliably and in a timely manner.
“Petronas and its production sharing contract parties would rather place the main project responsibility on a single O&G contractor to get the entire job done, than award smaller portions to multiple contractors, which may give rise to a risk of delivery delays and cost overruns.
“As such, we believe there may be a consolidation among the vessel players and brownfield services providers,” the research house said. – BERNAMA

KUALA LUMPUR: Men are taking the lead in decision-making across most aspects of financial planning, according to a HSBC report.
The report on The Future of Retirement: Why Family Matters said 68% of Asian men and 65% of men worldwide said they made all or most of the financial decisions in the household, compared with 58% and 53% of women in Asia and globally, respectively.
HSBC said in a statement that the only exception in Asia was China, where 63% of women claimed they made all or most of the financial decisions, compared with 58% of men.
HSBC said the report was done by Cicero Consulting polling over 17,000 people in 17 countries, with over 7,300 from Asia. The idea was to explore changing attitudes towards retirement and financial planning.
In terms of retirement planning, the report said only 29% of Asian women on average were most likely to take sole responsibility, compared with 37% of men; India (21% women versus 43% of men), Singapore (21% versus 38%), Malaysia (27% versus 33%) and Hong Kong (28% versus 38%).
HSBC group general manager and regional director for retail banking and wealth management, Asia-Pacific, Louisa Cheang, said the gender divide in saving for retirement persisted in Asia, leaving women potentially exposed to financial hardship in later life.
Across Asia, 66% of respondents on average said they had a financial plan in place, yet despite these plans, there appeared to be significant gaps in the financial planning throughout adult life. For example, six in 10 Hong Kong respondents aged 30-39 years old did not have short-term savings and only 19% of Taiwanese aged 40-49 were protecting their assets.
The report also revealed that 48% and 47% of parents in Malaysia and Hong Kong, respectively, had no life insurance. – Bernama

KUALA LUMPUR (Dec 28): The FBM KLCI reversed its earlier losses and closed above the psychologically-crucial 1,500-level for the second day running on Wednesday, spurred by some late buying into select blue chips and PLANTATION counters.

Elsewhere, European stocks reversed early gains on Wednesday and lost ground, hit by renewed worries over the euro zone debt crisis ahead of an Italian debt auction, and after Iran’s threat to stop the flow of oil through the Strait of Hormuz, according to Reuters.

Meanwhile, Utopia was the most actively traded counter with 112.9 million shares done. The stock fell half a sen to 7.5 sen. Other actives included Proton, JCY, Sanichi, Sumatec and Vastalux.

Klik Di Sini:
Build the #ChurpChurp community with your friends & be the first to share the latest promotions! 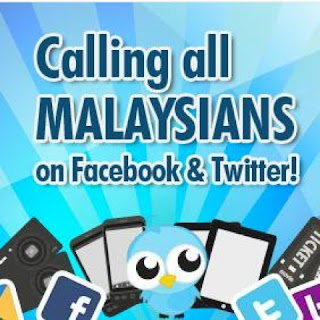 Klik Di Sini:
Do you know that just by walking 10,000 steps each day, you burn more than 300 calories? Be #healthy 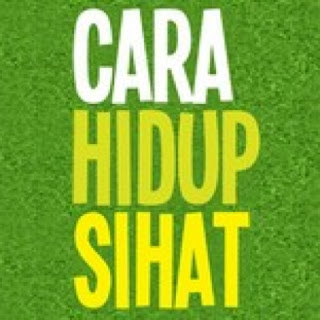 People need to change their mindsets and not rely on just their EPF savings to see them through retirement, says Tan Beng Wah, CEO of CIMB Wealth Advisers Bhd. PIX COURTESY OF CWA

PEOPLE want to be able to spend their golden years comfortably, but often underestimate the many complex issues related to retirement, which often go beyond the financial.
Tan Beng Wah, chief executive officer of CIMB Wealth Advisors Bhd (CWA), spoke to theSunrecently about what retirement means in today’s world. His first observation is that most people are underprepared for retirement, due to several misconceptions, or ‘disconnects’.
“If you look at the current environment, there are some fundamental disconnects,” he said. “As you progress in life, most people generally improve in terms of their income, whether they are businessmen or employees; by the time you retire, your income is much higher, and therefore, you will be enjoying a different lifestyle.
“You would hope that when you retire, you will be able to enjoy a similar sort of lifestyle, but unfortunately, most people’s retirement savings is from the EPF, which is a proportion of their income.”
Very few people think about having alternate forms of retirement funds, and although more people are beginning to realise they should have additional savings, they tend to have unrealistic expectations about the amount they need to keep aside in order to retire comfortably.
“Let’s say someone thinks they can retire on RM5,000 a month in Kuala Lumpur,” Tan said. “Okay, but if this person is 30, and wants to retire at 40; that’s 10 years from now. Then you ask them how much they are willing to put aside every month for their retirement fund, and it turns out to be RM500.
“RM500 must transform into RM5,000 a month within 10 years. Can you see the problem there?”
While this is an extreme example, it does embody the attitude of many people out there.
Tan also says people rely too much on their EPF savings, not realising that they will probably outlive their savings. “EPF was set up in 1951 when the average lifespan was 55 years, meaning that you retire, and then you would have money to live comfortably for a few more years.
“Today, our lifespan average is 75 years for men, 79 for women. Hence, the savings that you have should be enough to accommodate another 20 to 25 years of living, which is where the reality is. It’s a huge problem.”
The youth mindset
The reason for the disconnect, according to Tan, is easy to pinpoint. “It’s the fault of the parents!” he exclaims. “Even children of today who don’t come from very high income families have never wanted, have never gone hungry. Whatever they want, they will get.”
Because of this, not many young people today understand the value of savings and often do not have any.
“We’ve created a generation of children that are not very independent, and who expect to be taken care of. It’s the fault of the parents, not the children. They were brought up in that environment and therefore they don’t think of their future.”
This sort of mindset often makes it challenging to get young people to understand that they have to save first before they can start spending.
The rising cost of living and currency inflation have also contributed to money losing its value compared to one generation ago.
“Take someone earning a salary of RM3,000. You ask them to save 10%, that’s RM300, it’s a huge sacrifice for them. But if you look at it, what can that RM300 buy today? So they get very discouraged. But nevertheless, the reality is that if you don’t save that RM300, you won’t save anything.”
According to Tan, a good rule of thumb is that people should have at least six months’ salary in savings. Anything beyond that, they can begin to look into investments to grow their wealth.
“There are so many ways excess cash can be invested, in order to grow their wealth for the future,” Tan says. “The issue is, how much risk is a person willing to take. But in general, young people can take more risks.
“And as to how much a person should set aside for investment, it’s entirely what they are willing to put aside.
This is what we call ‘opportunity costs’; if I invest or save this amount, then I’m giving up the opportunity to spend it on something else.”
Important questions
There are several important questions to be asked when people want to determine how much they need to retire.
Firstly, when do they want to retire? For some people, it might be at age 55, while others want to retire at 40, or believe they can work until they are 60.
However, they should also consider the second question: how long do they expect to live after their retirement? They will need to be able to support themselves during those interim years using their retirement fund.
Thirdly, what sort of lifestyle do they want to lead after retirement? Most want to be able to enjoy themselves fully, travelling the world or pursuing their lifelong interests.
But they should also consider other issues, including their health and their social network of friends.
To Tan, the most important aspect of planning for retirement is going beyond the numbers. “This country has a lot of problems when dealing with retirement,” he said.
“Retirement and ageing go beyond money. The qualitative and quantitative have to be considered together. You can’t just talk about the material aspects, and not talk about the social aspects and quality of life.
“I wish that people talked more about these kind of things, and not just ask about the numbers.”
Source: The Sun